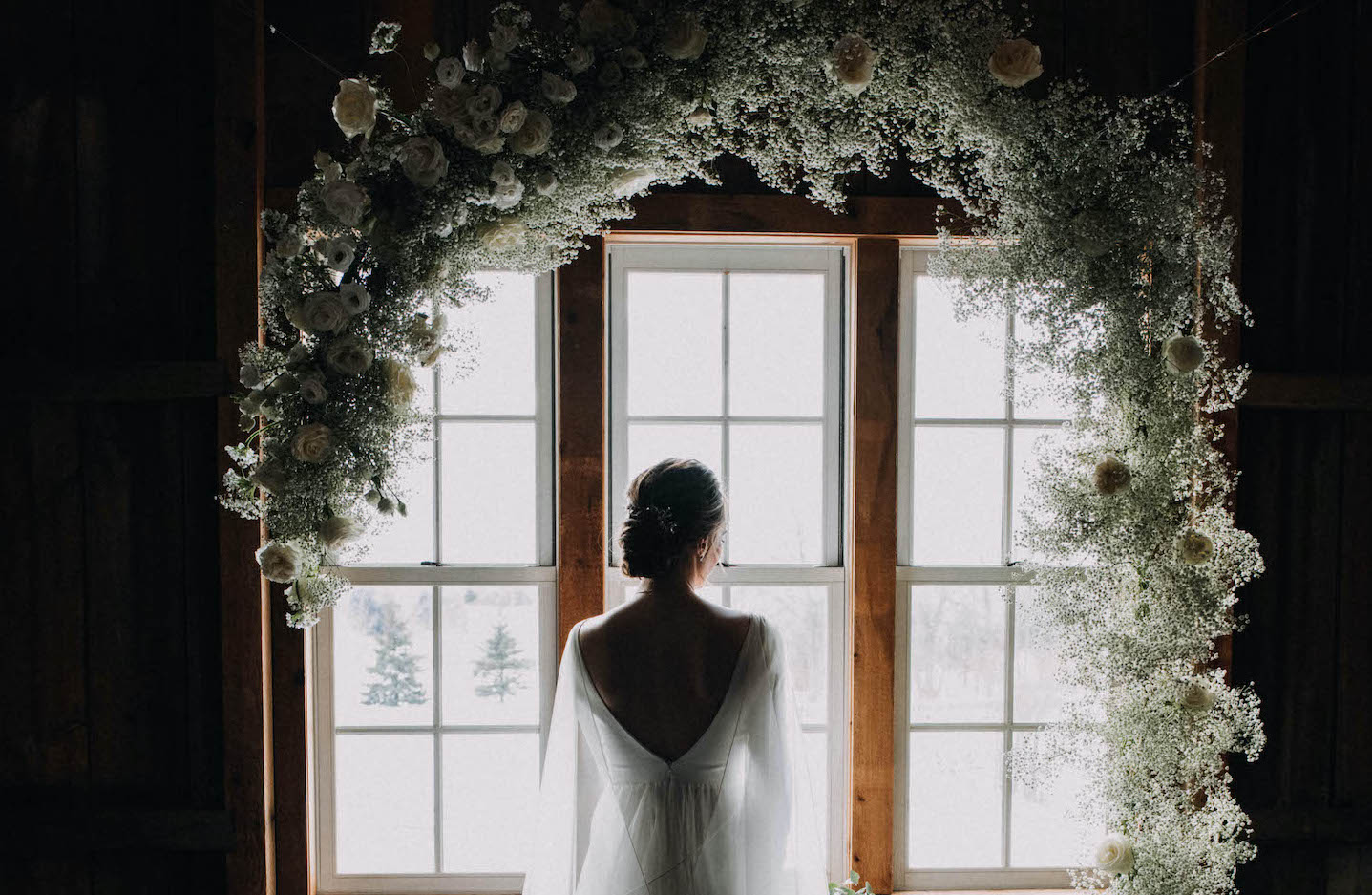 Posted In the Weddings category

We know many of our couples are currently faced with the severe uncertainty of the COVID-19 pandemic and what impact it is going to have on their wedding plans. That’s why we’ve asked one of our Cornman Farms brides, Sarah Sheridan, to share her wedding postponement story with us, as well as any advice she may have for engaged couples who are currently facing the possibility of postponement.

“Each time we postponed our wedding was emotionally devastating. Though it wasn't COVID-19, I was dealing with my own health issues, which felt equally out of my control.”

THE JOURNEY OF POSTPONEMENT

Sarah Sheridan was forced to postpone her wedding…twice.

“It’s easy to get caught up in a dream wedding,” Sarah told us. “Each time we postponed our wedding was emotionally devastating. Though it wasn’t COVID-19, I was dealing with my own health issues, which felt equally out of my control.”

Back in 2015, everything in Sarah’s life was good. She had a loving boyfriend, Ryan, and her health condition, which had seen bad days in the past, had been steady for a long time. In just two years time, everything changed. A sudden flare up put her in the ICU in critical condition, barely conscious.

“The doctors were saying that I only had 2 to 3 weeks left to live. That’s when I made Ryan promise me that if I made it through this, he had to marry me on a beach in Maui.”

Thankfully, Sarah pulled through, and her dream of a Maui wedding began to blossom. The couple wasn’t allowed to make big decisions over the next three months, but they had their hearts set on getting married. In November 2017, three months after Sarah was released from the ICU, Ryan proposed.

“We started planning a small family wedding in Maui for February 14, 2019. Unfortunately, I had a relapse and was forced to postpone it to 2020” Sarah said.

Sarah recovered for a second time and the couple set their sights on having their Hawaii nuptials on February 14, 2020 They began planning in earnest, selecting all of their vendors, taking a trip to Maui to choose where they would have the ceremony, and even selecting a menu, when Sarah’s condition worsened yet again. At this point, she realized that the chances of getting married in Maui were becoming slimmer and slimmer.

“I couldn’t imagine a world where I was healthy enough to make the trip. We chose to cancel our Maui wedding and to explore venue options closer to home.”

“After everything I’ve been through, I can tell you that it isn’t the season, the location, or the date that matters. It’s about the love that you're building, and the people you get to work with along the way."

The journey of postponing a beach wedding in sunny Maui to reimagining her dream day as a romantic winter wedding in rural Michigan was an experience Sarah says she is ultimately grateful for.

After making the decision to look at local venues, Cornman Farms was the couple’s first and last venue tour. “We drove to Cornman for the first time, where Tabitha walked us through the farmhouse, barn and the grounds. It felt so right, so perfectly us. When we found out February 14, 2020 was available, we booked it right away!” Sarah said.

Instead of trying to recreate her Maui vision at Cornman Farms, she leaned into a new vision: a romantic Valentine’s Day winter wonderland. Who knew she’d end up hoping for a snowy wedding day!

“One of the benefits of working with Cornman Farms is that I actually felt like I was much more involved in the planning process. The team is so detail oriented. For instance, I had much more say in the menu, which was important to me because I have some food intolerances due to my condition. Chef Kieron worked closely with us and created the entire menu without additives. I was able to eat everything and I woke up the next day feeling amazing, which absolutely never happens when I eat out.”

Sarah’s wish for a snowy wedding day came true. The sun shone brightly through the barn windows, illuminating their candlelit ceremony space and a stunning asymmetrical arch, designed by Luna Soiree Events and New Creations Flower Co. Though it was 19 degrees, the couple took photos outside running through a soft blanket of snow.

Several of her family members, who wouldn’t have been able to attend her Maui wedding, were there for her winter wedding at Cornman Farms. “My Opa flew in from Florida, and my sister and her brand new twin babies were able to come. It was really special. Cornman Farms was so accommodating – they let my sister bring in a nanny to stay with the twins in the farmhouse during the ceremony and reception.”

In the end, Sarah says she and Ryan had their dream wedding after all.

“I know that things feel uncertain for engaged couples right now – nobody knows when things will reopen and you may be feeling things like health uncertainty or even job uncertainty. After everything I’ve been through, I can tell you one thing. It isn’t the season, the location, or the date that matters. It’s about the love that you’re building, and the people you get to work with along the way. As hard as postponing a wedding is, just know it’s not the end of it. It just means that it’s going to happen in a different and unexpected way. Sometimes the unexpected makes it better.”