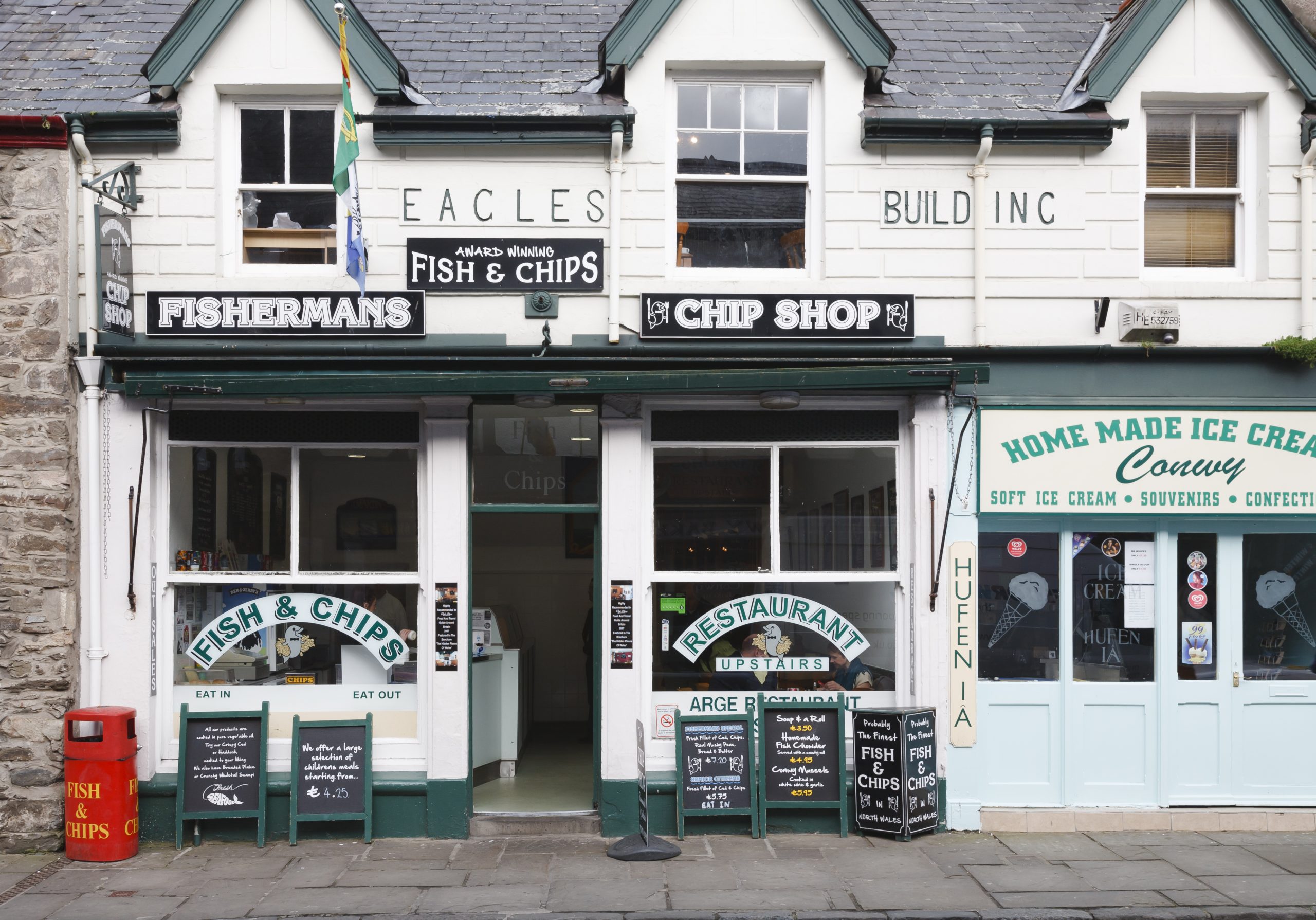 Posted In the Food & Drink category

The History of Fish & Chips

Fish and chips is often thought of as THE quintessential English dish. It’s a national institution woven into the history and culture of England and, not surprisingly, a favorite of our very own British chef, Kieron Hales! We sat down with Chef Kieron to learn more about the history of this classic dish.

“In the UK, you usually eat fish and chips at 9 o’clock at night, or at 10 o’clock in the morning, as soon as the fish and chip shop opens. The enjoyment is in the unwrapping of that paper and sitting on the hood of your car, where you’re usually attacked by seagulls. We invite our guests to recreate this moment at Cornman Farms’ drive-through fish and chips events this summer. They’ll enjoy authentic fish and chips and stunning views of our grounds – without the attacking seagulls.” Chef Kieron said.

THE ORIGIN STORY OF FISH & CHIPS

While it’s mostly agreed the iconic duo originated somewhere in England, whoever first paired fish with chips, and whether it hails from northern or southern England, remains the subject of fierce debate.

“It was supposedly started either up in Scotland or England – we like to have a good fight about that,” Chef Kieron said.

Beyond disagreements around the origin of fish and chips, there’s also debate around the specifics of how the dish is served. Cod or haddock? Pickled onion? Curry sauce? What kind of vinegar? Which town has the best fish and chips? Many of these debates are regional, and are packed with hometown pride.

Through the late 19th century and well into the 20th century, fish and chips was a staple that fueled the growing industrial population of Great Britain. Some even say the humble dish fueled the industrial revolution!

The meal was also relied on to supplement family diets during World War I, since fish and chips were among the very few foods that were not rationed, in an effort to “keep families on the home front in good heart,” according to Professor John Walton, author of Fish and Chips and the British Working Class. Similar efforts to make sure fish and chips weren’t rationed during World War II also took place.

For generations, this dish has fed English culture, in both times of war and peace. It’s been a dish that’s eaten for a late-night dinner on the way home from the pub, a pay-day treat at the end of a long week, and an indulgent meal on seaside holidays.

This summer, we’re serving up traditional fish and chips every Wednesday in July and August. Simply order your fish and chips online, pick it up at the Farm, and pretend you’re ambling down London’s cobblestoned streets as you dive into one of its most iconic dishes. While we cannot host guests for a proper sit down meal yet, we encourage you to park on property, roll down the windows, and stare off at the rolling fields while digging into your food! Alternatively, head to one of the many beautiful parks nearby, such as Mill Creek Park and Hudson Mills Metropark.

If you’re feeling ambitious and are looking for a quick and delicious culinary project, try your hand at Chef Kieron’s fish and chips recipe! The full recipe, ingredients, and instructions are below. Visual learners, be sure to click here to check out Chef Kieron’s video tutorial on Instagram TV.

Get the recipe - Link opens in new tab