Posted In the Food & Drink category

What is a scotch egg?

A scotch egg is a whole soft-boiled egg, wrapped in sausage meat, coated in bread crumbs and deep-fried. Back in the 18th and 19th century, these salty snacks were known as a traveller’s snacks delicacy. The rich could purchase them around Piccadilly as a way to sustain them on their way to the country houses. Now-a-days, they are a common picnic food and, here in the U.S., a scrumptious pub snack.

Let’s get one thing straight – these delicious salty snack certainly are not Scottish! In fact, their origin is said to have begun with luxury London department store, Fortnum & Mason, who claims to have invented the traveller’s snack in the 18th century. However, there is much debate on this score.

One legend is that it derived from the Indian dish, Nargisi Kofta – a spicy meatball stuffed with boiled eggs. Another myth claims that Scotch Eggs may have come from North African recipes that came to England by way of France. And last but not least, it is commonly believed that it was first invented in Whitby, Yorkshire, England. A shop named William J Scott & Sons was known to have invented a similar product called ‘Scotties’ – eggs covered in a fish paste (rather than sausage meat) and then wrapped in breadcrumbs.

Whatever you believe, trust us when we say you’ll soon find out why everyone wants to claim that they invented this delicious, salty snack food!

Ready to try and make these at home? Watch Chef Kieron’s video tutorial and you’ll be ready to go. 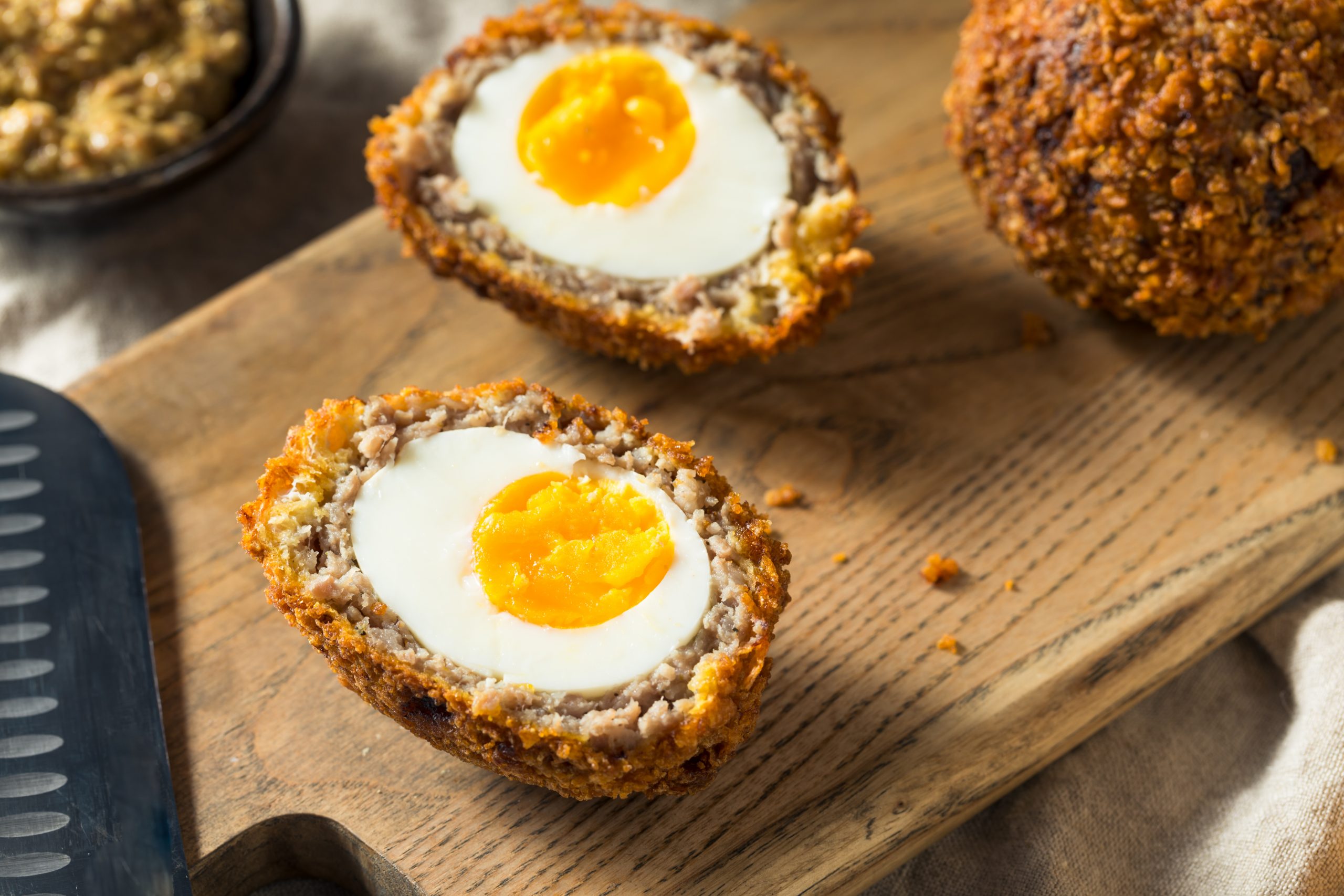 Recommended products:
As an Amazon Associate, we may earn from qualifying purchases.

Check out our Yorkshire Pudding recipe or try your hand at making Fish and Chips!